The Frederick Post Company from Chicago was a major retailer of slide rules in the U.S. Their rules were sold under the Post name, but were produced by other manufacturers.12 Their earliest rules, from about 1900, were made by German companies such as KHH until 1931, and then by Hemmi in Japan. During World War II, the United States being at war with both of these countries meant that Post had to procure rules from US companies, such as Roos, and then re-brand and sell under the Frederick Post Company name. Following the end of the war, Post went back to obtaining rules from Hemmi in Japan until 1975. The Versalog, originally manufactured exclusively for Frederick Post by Hemmi, was designed by three professors at the Illinois Institute of Technology in Chicago, and became one of the premier slide rules sold in the U.S. 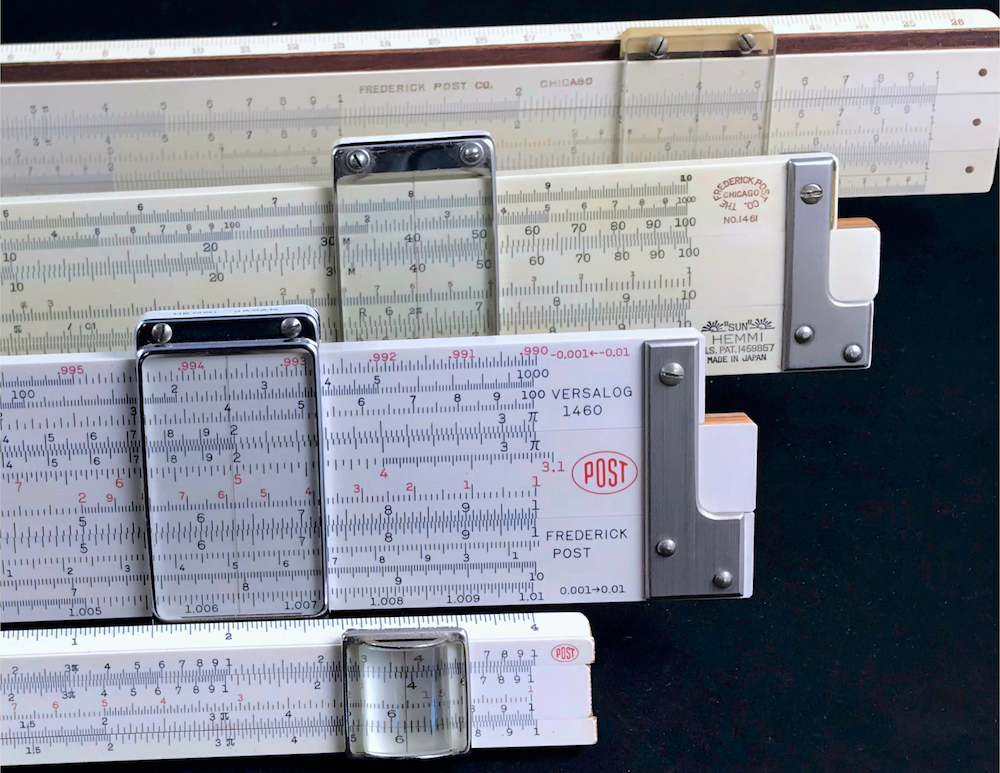 Below is a list of the 29 slide rules in the collection that were sold under the Frederick Post Company name, ordered by Year. A separate listing of Post Rules by Model Number is also available.