A skilled jeweler and watchmaker in Louisville, Kentucky, Gabriel (“Gabe”) Felsenthal (1856-1925) moved to Chicago in 1892 to join other family members in the big city. Here, he partnered with two cousins who formed the Felsenthal Bros. & Co., not far from the location of the company formed by his two brothers, Adolph and Lee – the Ad-Lee Novelty Co. – in downtown Chicago. In 1898 he ventured out on his own and formed G. Felsenthal & Co. which led Gabe eventually to become involved with the newly-formed motion picture industry. By the late 1910s, just before World War I, the company was re-incorporated into G. Felsenthal & Sons, with his children Lester and Irving joining Gabe in the enterprise. It was at this time that the company re-positioned itself to become a purveyor of advertising novelties such as cheap ink pens and small toy-like items, so-called “tchotchkes,” sold to local businesses.

While Felsenthal made a variety of aviation computers, they appear to have made only one “standard” slide rule, the Felsenthal Logarithmic Calculator. But, while not labeled as such, each Dalton-style aviation computer has two circular scales which are the equivalent of C and D scales that can be used for standard multiplication and division problems. 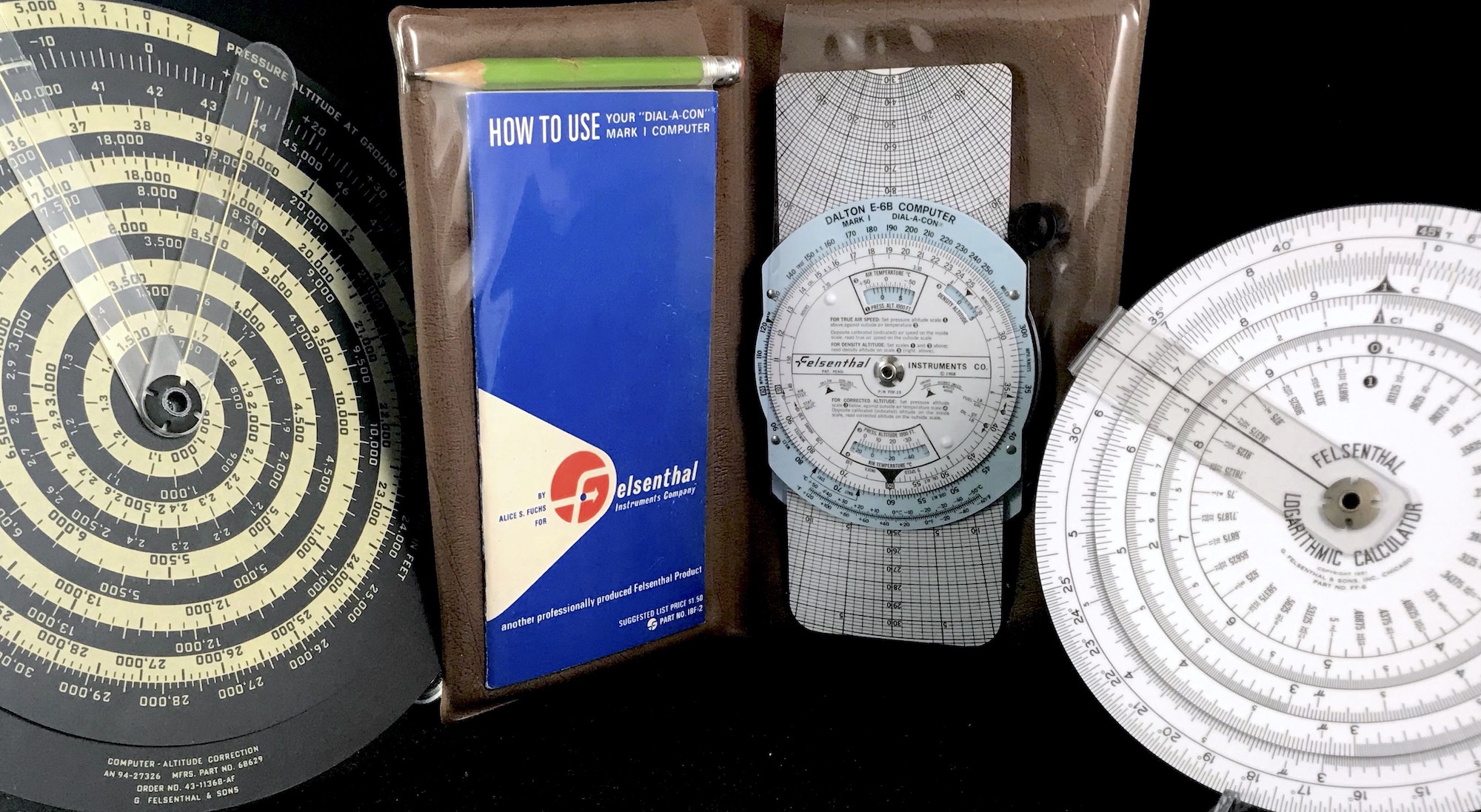 The interested collector is encouraged to visit the article at the Made in Chicago Museum (from which the above information, including the advertisement, was obtained) for many more details of the Felsenthal legacy.