Congratulations on making it to this section; and kudos if you make it to the end! Here we describe one of the more esoteric uses of a small collection of some of the mid-twentieth-century side rules. These so-called vector rules contain scales of the hyperbolic sine and hyperbolic tangent functions, typically noted by the symbols SH/TH, or Sh/Th. While the values of such functions can be useful in a variety of physics and engineering problems, these rules were particularly useful in electrical engineering where complex vector calculations were often performed routinely.

The phrase “complex vector calculation” does not refer simply to a “complicated” procedure; reference is to an operation on a specific type of object – a vector – that has two components (for the case of interest here). A complex number or a vector in the present context can be thought of as an ordered-pair of two numbers, such as a set of coordinates. On a map, moving to a point six miles away, 30 degrees North of East, can be represented as a vector. On the map, one might draw an arrow from the original point to the new point; the arrow has a length corresponding to 6 miles, and is pointed at an angle of 30\(^\circ\) north of due-east – two numbers are required to define the vector. Getting to this point would also be equivalent to moving 5.2 miles East and 3 miles North – again, two numbers are involved.

Often times complex numbers are used in engineering and scientific problems related to oscillating systems, whereby one can denote an amplitude and a relative phase of the oscillation.

We are familiar with the standard trigonometric functions sine, cosine and tangent which were discussed in Trigonometric Scales. Combinations of these functions – the sine and cosine particularly – are solutions to systems which oscillate in time with constant amplitudes. For example, consider a vector like the one in our figure above. It has an amplitude (6 miles, in the example), call it \(r\), and a phase angle (30 degrees in our example), call it \(\theta\). Imagine that an object were to move along a circle of constant radius \(r\), with its angle \(\theta\) advancing at a constant rate, i.e., \(\theta = \omega \cdot t\). Though the length of the vector remains unchanged, it will rotate with time according to the advancement of the angle \(\theta\) = \(\omega t\), and the horizontal and vertical coordinates (\(x\) and \(y\)) on the map will oscillate according to

as illustrated in the figure below. 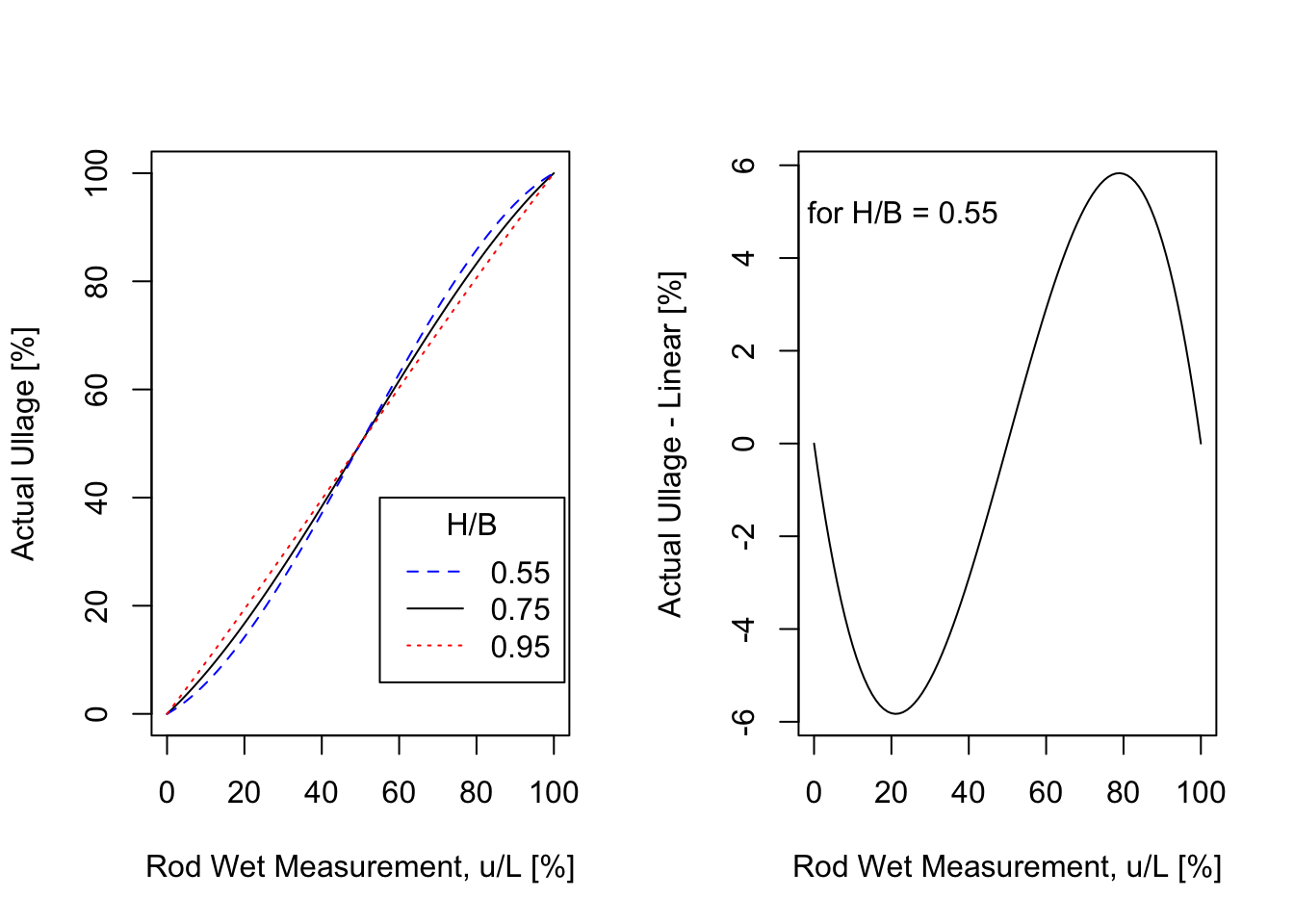 Thus, the study of an oscillating system can be made equivalent to the study of a rotating vector. Note that the quantity \(\omega\) in the expression above is equal to \(2\pi\) times the oscillation frequency \(f\); when the time \(t\) becomes a multiple of the oscillation period \(T=1/f\), then the value of \(\omega t\) becomes a multiple of \(2\pi\) (= \(360^\circ\)) and the sine and cosine functions begin to repeat.

A complex number has two components, real and imaginary. By making a plot of the imaginary part vs. the real part and drawing it as an arrow (vector), we have an image of what is often referred to as a “phasor.” The phasor has an amplitude – the length of the arrow – and a phase angle (typically with respect the positive real axis). For example, the complex number we used above, \(2+2i\), can be drawn as a phasor as such: 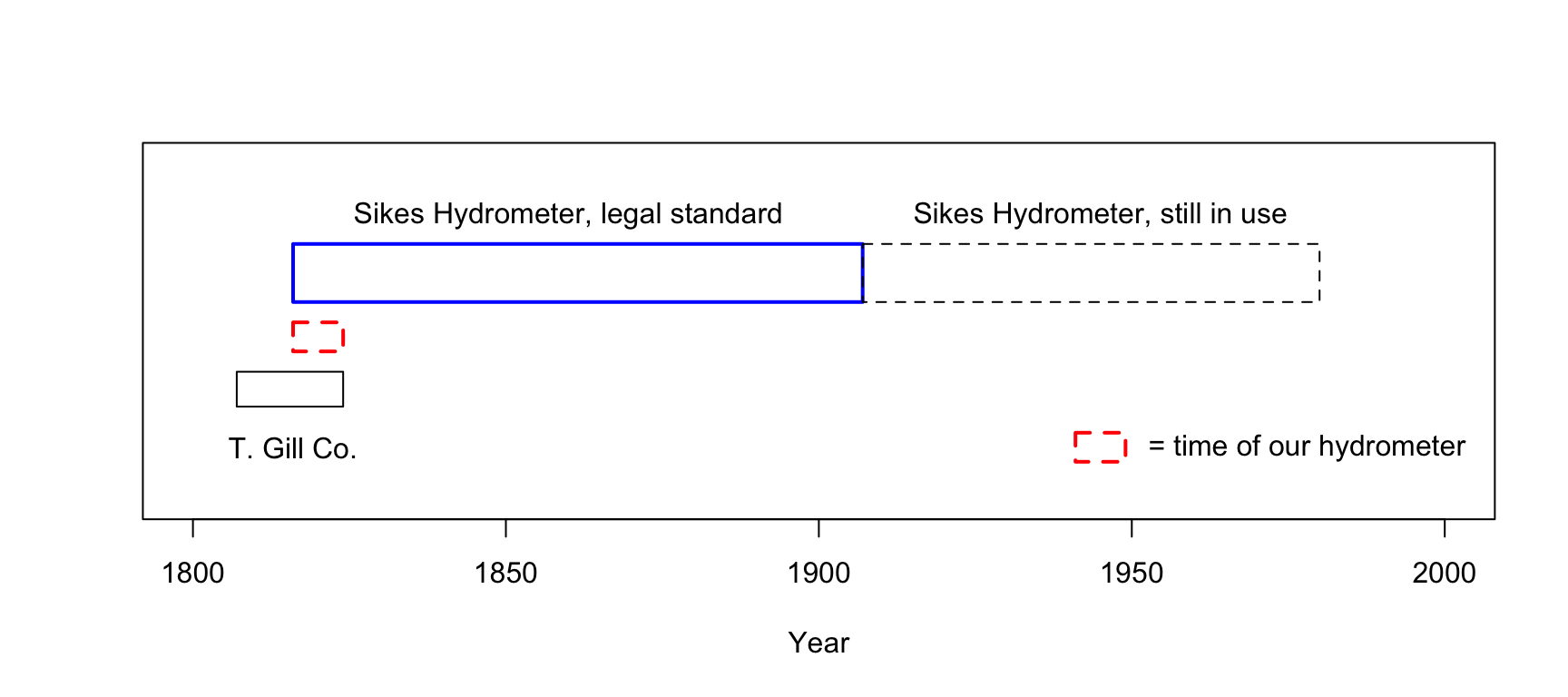 Oscillating systems are often analyzed in terms of rotating vectors or phasors. As shown above, a quantity oscillating at a fixed frequency, such as a particle on a spring on a current in an LC circuit, can be represented as a phasor. The mathematical solution for the equation describing such a simple harmonic oscillator (SHO) can be represented by the real component of a rotating vector, as described above. For systems in which oscillations are being driven by external sources or damped due to friction or resistance, for instance, then the solutions can involve amplitudes that grow or reduce exponentially. These solutions involve the so-called hyperbolic trigonometric functions:

where the transcendental number \(e\) = 2.71828… is discussed in The Base of the Natural Logarithm. From these definitions we can describe exponential growth or decay in terms of these functions:

Below are graphs of the hyperbolic sine, cosine, and tangent functions:

These hyperbolic functions have a similar but slightly different set of “trig identities” as found among the standard trigonometric functions, but these will be left for the reader to discover elsewhere.

This identity, that connects the exponential function (and, hence, the natural logarithm, with \(e\) as its base) with the two trigonometric functions sine and cosine through the imaginary number \(i = \sqrt{-1}\), is known as Euler’s Formula, after the famous mathematician Leonhard Euler.50

Taking this result and multiplying through by a “radius” \(r\),

The notion of a vector appears. Thinking of the complex number as an arrow in a 2-dimensional plane, then its purely “real” component is in the \(x\) direction and its purely “imaginary” component is in the \(y\) (or \(iy\)) direction. The above relationship shows that \(x = r\cos\theta\) and \(y=r\sin\theta\). The values \(x\) and \(y\) are the Cartesian coordinates of the vector \(z = re^{i\theta}\) in the complex plane, as shown here: 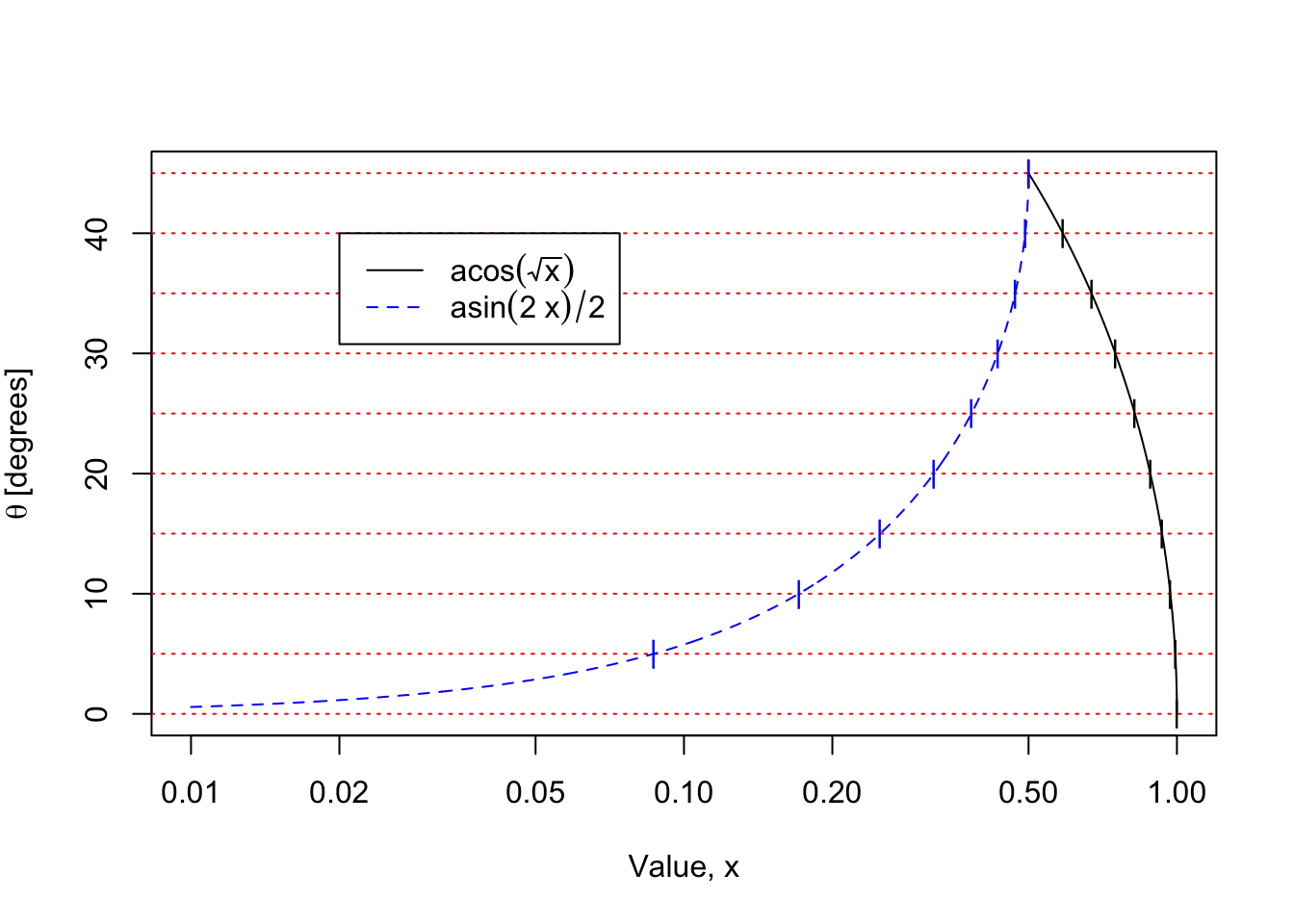 Given the amplitude and phase angle \(r\) and \(\theta\) of the complex number \(z = re^{i\theta}\), we can compute its real and imaginary parts using \(x=r\cos\theta\) and \(y=r\sin\theta\). Likewise, given \(x\) and \(y\), one can find the phase angle and the amplitude: \(\theta = \tan^{-1}(y/x)\) and \(r = \sqrt{x^2 + y^2} = y/\sin\theta\). Performing such calculations on standard slide rules with trigonometric scales were common. And the addition of two complex numbers is straightforward enough: just add the two real portions to get the real portion of the result, and then do the same for the complex portions.

Some slide rules were advertised to be vector rules due to the fact that they allowed for easy conversions between Cartesian and polar coordinate systems, or allowed for more straightforward computations of the sides or hypotenuse of a right triangle. However, these operations do not involve hyperbolic functions. It was for the more-direct calculation of trigonometric functions of complex variables that brought about the invention of the true vector slide rule, as will be discussed next.

As another example, the hyperbolic sine of our general complex number \(z_0\) can be found as follows:

Again, the result involves products of standard trig functions and hyperbolic trig functions. Naturally, similar expressions can be found for the functions \(\cos\), \(\cosh\), \(\tan\), and \(\tanh\) as well. Here is a table of the results:

To get a better grip on the type of computations being discussed, a computer calculation can be performed. Using the computing language R, variables with complex values can be defined and values of functions of these variables can be computed. For example,

Here is a plot of the calculation just performed:

If a complex number \(z\) is recognized in terms of a vector, applying a function like \(\sin z\) or \(\cosh z\) will produce a new vector, with perhaps a new amplitude and phase angle. With hyperbolic trig scales on the slide rule, and appropriately placed regular trigonometric scales, the components of the results of complex vector calculations can be performed expediently on the rule. The problem is set up as follows. To get the real component of the final vector, compute

To perform the calculation here are the steps that I used:

Next, to get the imaginary component of the final vector, we use

Compare with a computer-generated calculation:

The result of taking vector \(z\) and performing a trigonometric function on \(z\) yields a new vector – essentially it takes the vector and rotates it, but it also can affect its length. On some vector slide rules, the layout of the appropriate scales on the stock and slide of the rule allow for more direct conversions from the polar coordinates (\(r\), \(\theta\)) of the first vector to the polar coordinates of the final vector. This was an invention of Mendell Weinbach, USA, in the late 1920s, which was first implemented on the K&E Model 4093-3 – the first vector slide rule – as well as on their later Models 4083-3 and 4083-5.51 Other manufacturers soon followed with their own models of vector rules.

To summarize this current example, given an initial complex number \(z_0 = r_0e^{i\theta_0}\), the hyperbolic sine of \(z_0\) is computed through the following steps. First, find the real and imaginary Cartesian coordinates for this vector,

Without hyperbolic scales on the slide rule, every \(\sinh x\), \(\cosh x\), and \(\tanh x\) operation above would require looking up values of \(e^x\) and \(e^{-x}\) and writing down results and forming various combinations. Having hyperbolic scales and the standard trig scales on the slide of a duplex slide rule can often greatly reduce the number of steps in the calculation. Similar methods and steps can be followed to compute other trig and hyperbolic trig functions of complex numbers as were performed above. To do so in an optimal way with a particular rule, one may need the instructions that came with it.

For a complete list of vector slide rules in the Collection, see Vector Hyperbolic Rules.