the beginning of the end… 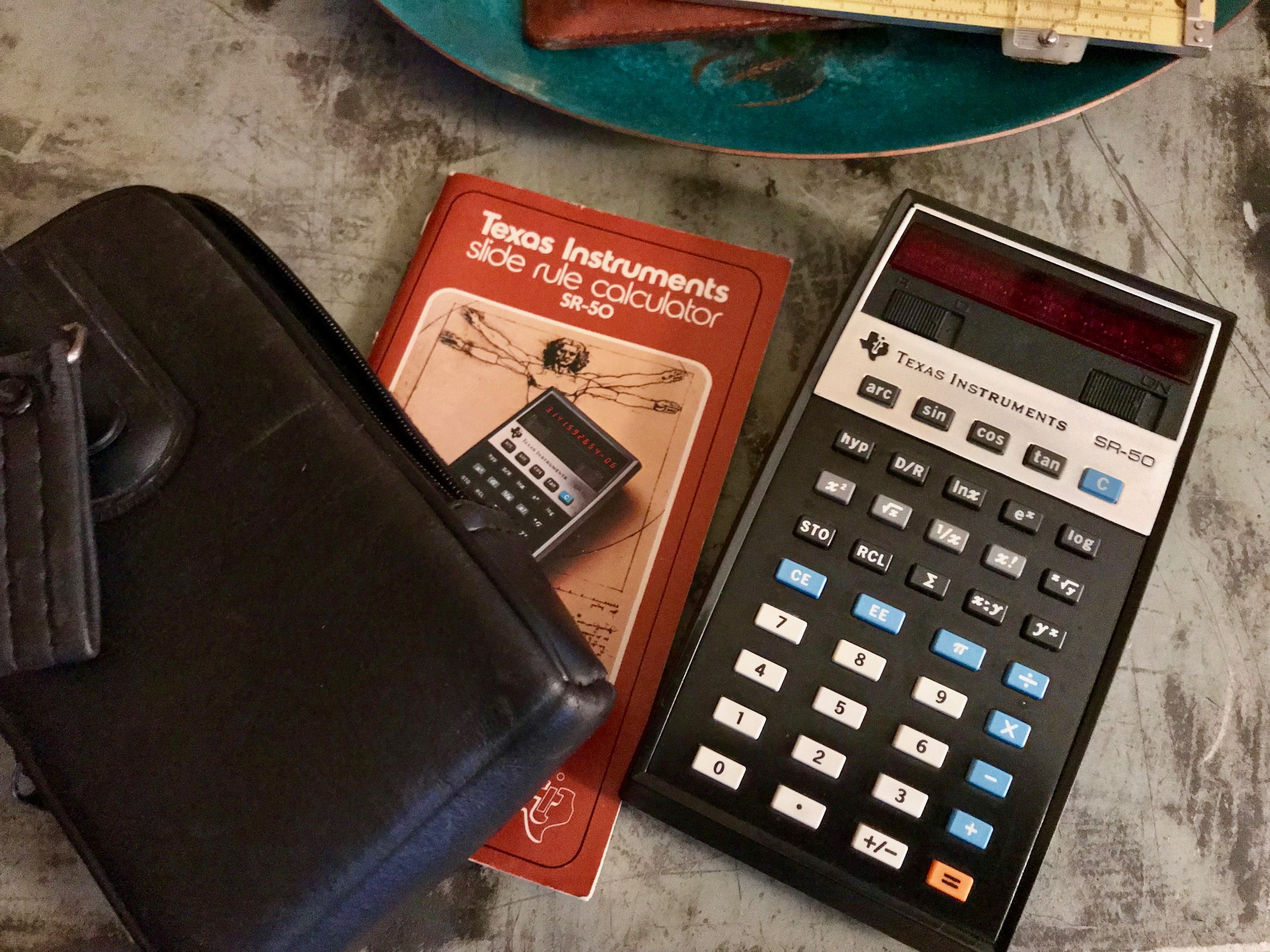 The TI SR-50 calculator was one of the models that one can say led to the end of slide rule use in the world. With Texas Instruments and Hewlett-Packard leading the way, hand-held calculators were suddenly becoming affordable to average professionals and serious students. Notice that the SR-50 has essentially all of the functionality of the scales we see on the slide rules of the collection – including hyperbolic functions. It also computes factorials as well as addition and subtraction, which are not directly performed on slide rules. And with 10-digit or so accuracy in the results, slide rules were simply set to the side as we all gawked and played with our new friends. In 1974-1975 the average prices for these calculators were $100-200, and kept coming down into the $30 range in the next few years. By 1976 essentially all of the major manufacturers had stopped producing slide rules.

Below is an image of the calculators I have owned and used professionally. My first computer science course was in college in 1976 and I was predominantly using computers, both main frame and personal, for most computations by 1985. From 1990 until 1998 or so these calculators one-by-one were relegated to the back of desk drawers next to my high school Sterling slide rules for the next 25+ years, as laptops and cell phone applications took over.